PRP: Platelet-Rich Panacea? No, but…

What is really PRP? Why does it work and why is it so often used? Is there any risk in using it?

In order to answer these questions, we interviewed Dr. Laura Mazzucco, a biologist in charge of the Laboratory of Transfusion Medicine at Ospedale SS. Antonio e Biagio e Cesare Arrigo in Alessandria and a leading expert in the field of blood components for non-transfusion use and regenerative medicine. Mazzucco has always been an enthusiast of platelets. She was one of the first researchers who started to use platelet lysate, that is “platelet juice”, in her experiments to stimulate cell growth.

PRP is a widely spread biological therapy boasting consolidated results in scientific literature. As suggested by the acronym, it is platelet-rich plasma obtained from autologous blood (when donor and recipient coincide – editor’s note) through platelet concentration. The underlying rationale is to give patients their own molecules in order to foster balance in tissues damaged by traumas, such as muscle-tendon injuries, or by degenerative processes such as arthrosis. How does PRP work?

“PRP can give some relief because damaged tissues are affected by fibrosis since they lack such molecules. The supply of a whole group of molecules to that areas – which lack innervation, circulation and microcirculation – sometimes sets ideal conditions for cell re-homing. Sometimes people tell me: “you may obtain the same results without using PRP”. Yes, it’s highly probable, but it would take longer. PRP acts in a few-months’ time. After one year, the results may be the same but PRP acts in the short term”.

Dr. Mazzucco highlights the importance of the role played by doctors in making their diagnosis, the most important moment in patients’ treatment pathway. “I think that the attitude towards PRP is very positive. However, this choice should be a possibility. There shouldn’t be just one therapy. We have created pathways. A few patients come after first screening but most patients have already tried conventional therapies before they approach PRP. People suffering from eye diseases are likely to have PRP as their first choice since these treatments have very good effects on such illnesses. Actually, therapies based on autologous serum have been used for fifty years”.

Some people are questioning PRP usefulness since it has been used in similar ways for different illnesses but in Mazzucco’s opinion, this isn’t a good reason to discredit it. “This product was designed to be used in difficult, improbable cases such as extremely serious ulcers or pre-amputation ulcers in diabetes. Then, we started to ask for miracles from it but this is not a miraculous product. This product should be used as an adjuvant in clinical pathways. The problem with PRP is that it was deemed a panacea, but it isn’t”. – “I strongly believe in the use of PRP in different sectors. Our tissues contain cells which proved to have higher response to PRP than others but this is indeed a good product suitable for all uses”.

Nowadays, on the market, there are many different types of technology and we should distinguish between them according to quality criteria set by a specific law (DM of 2 November 2015, Annex X). “The differences are those we have already mentioned. Firstly, the number of concentrated platelets. We focused on this point to standardise the product and classify it. This aspect is not related to biological effectiveness but it is a standard. The National Blood Centre had to set a point of reference to classify various types of PRP. When the number of platelets was defined, we could not imagine that such a number of products would be put on the market. At that time, we used different names for the same thing: platelet-rich plasma. From there, one thing was added and then another… it’s like in cooking, a pinch of salt, a pinch of basil (laugh)… from there came all these products, which are very similar in terms of clinical aim. There is not much evidence that platelet concentrate is better than PRF (platelet-rich fibrin) or than leuko-PRP (platelet- and leukocyte-rich plasma).”

As for the future of PRP, is it possible that, in the following years, this therapy will develop into a “second-generation” PRP? “I often think about this. Surely, the second generation of PRP will be industrially made although I fear that there is no will to do it.

I believe that the industrialisation of PRP may be linked to homologous blood collection in order to obtain the product starting from derivatives and transfusion remnants. It is also possible to lyophilise PRP. I have one sample dating back to 2003 so I strongly believe in this method.

The strongest point of PRP is the fact that no side effects have been observed up to now. Probably, this world of factors in plasma and platelets is balanced. Any modification to concentration and industrialisation will require deep investigation. I’m not saying you can’t do it, but it will be difficult to make it as globally widespread as it is today. We haven’t seen such an interesting market yet”. 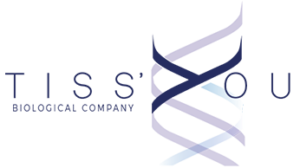