Cartilage tissue has a complex structure and absent vascularization, thus it has a poor regenerative capacity following trauma or consumption. The reparative response occurring with fibrosis condemns the cartilage to osteoarthritic degeneration. For the patient, all this translates into joint pain and limitation or blockage of movement.

In the nineties, a technique was introduced – quickly became popular – for treating cartilage defects of traumatic origin. It was the autologous chondrocyte implantation (ACI), i.e., implantation of autologous chondrocytes, expanded in the laboratory, taken from the patient. This technique was then improved with the use of matrices (getting more performant generation after generation) which were exploited as support for chondrocytes (MACI). The technique, although being brilliant and promising, was too expensive and forced to be performed in two different surgical times (a few weeks apart). These limitations, together with regulatory restrictions introduced in the following years, did not affect its popularity in the scientific literature but made it almost completely abandoned in favor of faster and less invasive solutions.

Matrix-induced autologous chondrogenesis, more commonly known by its acronym AMIC, is a one-step surgical technique for repairing focal defects. It does not require expensive cell culture in the laboratory and can be performed with minimal invasiveness on the patient (in arthroscopy or mini-arthrotomy). It consists of controlled fracturing of the subchondral bone corresponding to the cartilage defect. This causes bleeding and a release of bone marrow cell precursors (e.g., stem cells) capable of enhancing tissue healing processes. After micro-fractures, the defect is covered with a collagen membrane in order to protect the repair site, coagulate bleeding, and provide ideal conduction for tissue remodeling. The collagen membrane is populated by cells arriving from the marrow, or, alternatively, can be enriched with autologous stem cells of another origin (e.g., from adipose tissue) obtained in the same surgery. The technique, in use for many years all over the world, allows a homogeneous repair of the defect and improves chondrogenesis offering satisfactory clinical results.

Tiss’You’s line of biomaterials features CollYgen, a highly pure equine-derived type I atelocollagen membrane. It is available in several formats, one specifically made for the treatment of cartilage defects with a rough side to improve adhesion and provide an optimal three-dimensional environment for repair processes. Collygen is a membrane that is physiologically resorbed in 4-6 weeks, a time in which it is able to protect the implant site and promote the formation of new cartilage tissue. 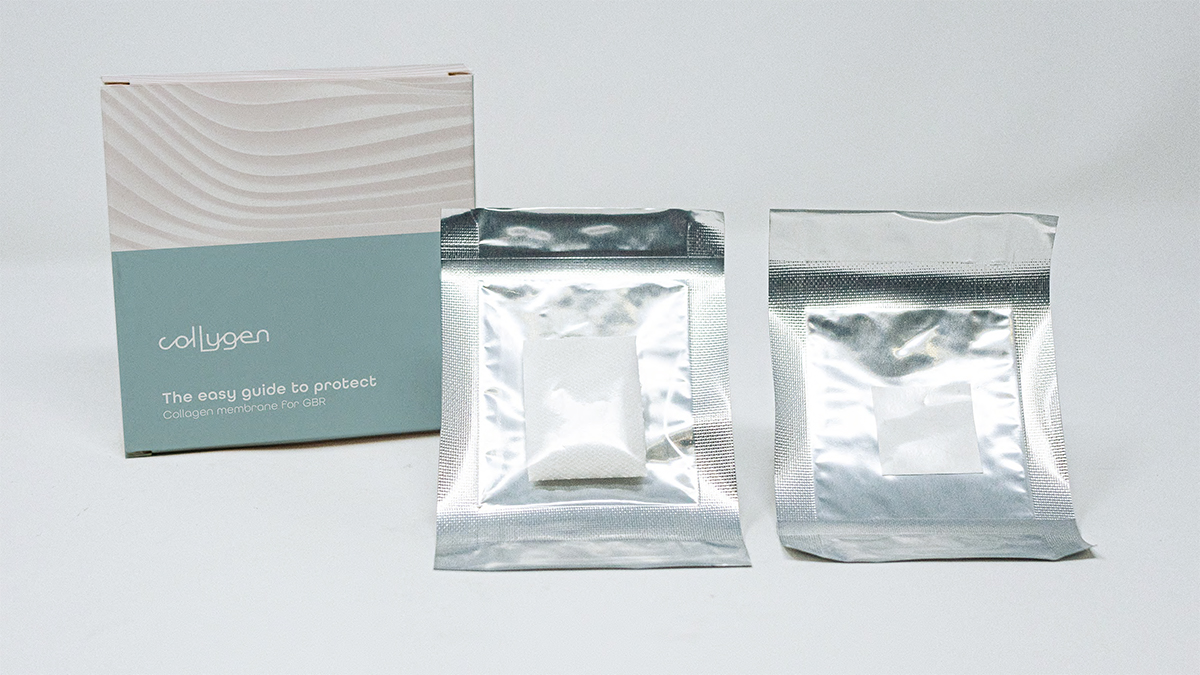